FYC: Kristen Thomson in Away from Her 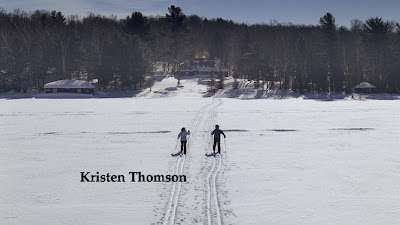 By her very nature, Julie Christie is luminous. But Away from Her, in which she plays a woman succumbed to Alzheimer's, boasts two more intricate and moving performances: Gordon Pinsent's (her stoic, crumbling husband) and Kristen Thomson's (the kindly nurse at the rest home). Quibble: The Oscars tend to reserve the supporting actor categories for big stars or second-tier leading performances; the Academy appears reluctant to nominate and award "small" work, especially work that confines itself to the background in order to be most effective. After all, the Oscar is gold, and heavy, and shouldn't it go to something substantial and showy? 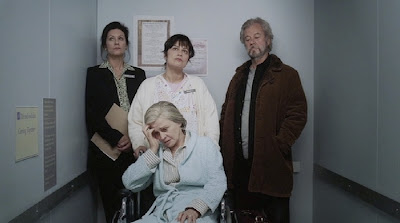 Hear this, AMPAS: Thomson's performance is supporting work at its finest, though we first see her only as part of the narrative's furniture. She's Kristy, the cute nurse who always seems to be on duty at the rest home, who always has a smile for Pinsent. She's texture. She's one facet of the scenery. She's the dose of humanity in an environment full of distant people. Then slowly she becomes Pinsent's confidante, telling him what he can expect from his wife, buffering him against the indignities wrought by the disease. Pinsent visits the rest home to see his wife but he goes to talk to Kristy. She appears young and wise, a sage ferrywoman on this emotional River Styx. Like a priest, she also hears his confessions. 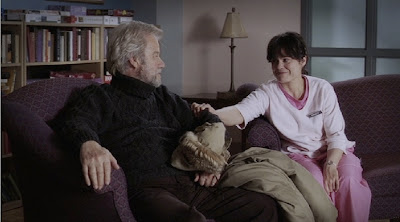 And then one day she and Pinsent have a conversation over a smoke outside the nursing home. Without giving too much away, Pinsent makes some assumptions about Kristy's personal and professional life and she sets him straight. We see a sad, bitter side of her. After so much pleasantry, we see the fullness of Kristy. We see Kristy the human, the mortal. Thomson looks so much older in this scene. She lets her professional spriteliness melt away and we see someone in as much (if not more) emotional turmoil than the grieving husband. It's here we realize Kristy goes through what Pinsent does -- but doubled, and a hundred times over, every day. 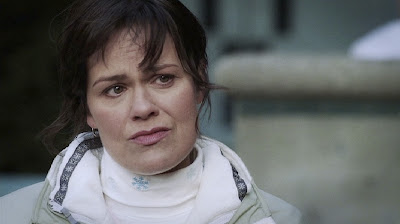 Thomson strikes chords that are low in volume but resonant. They echo through every scene of Away from Her. Kristy even delivers the movie's tagline. "It's never too late to become what you might have been," she tells Pinsent, and we sense through some deep and subtle acting that she, too, needs to believe this or she'll be lost. 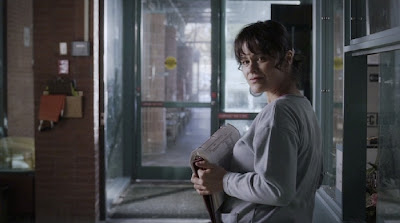 This is post is part of StinkyLulu's Supporting Actress Blogathon, which is a great service to the film blogosphere and will hopefully one day be established enough to sway the unimaginative members of AMPAS. What actor would you nominate in this category this year? View last year's contribution here.